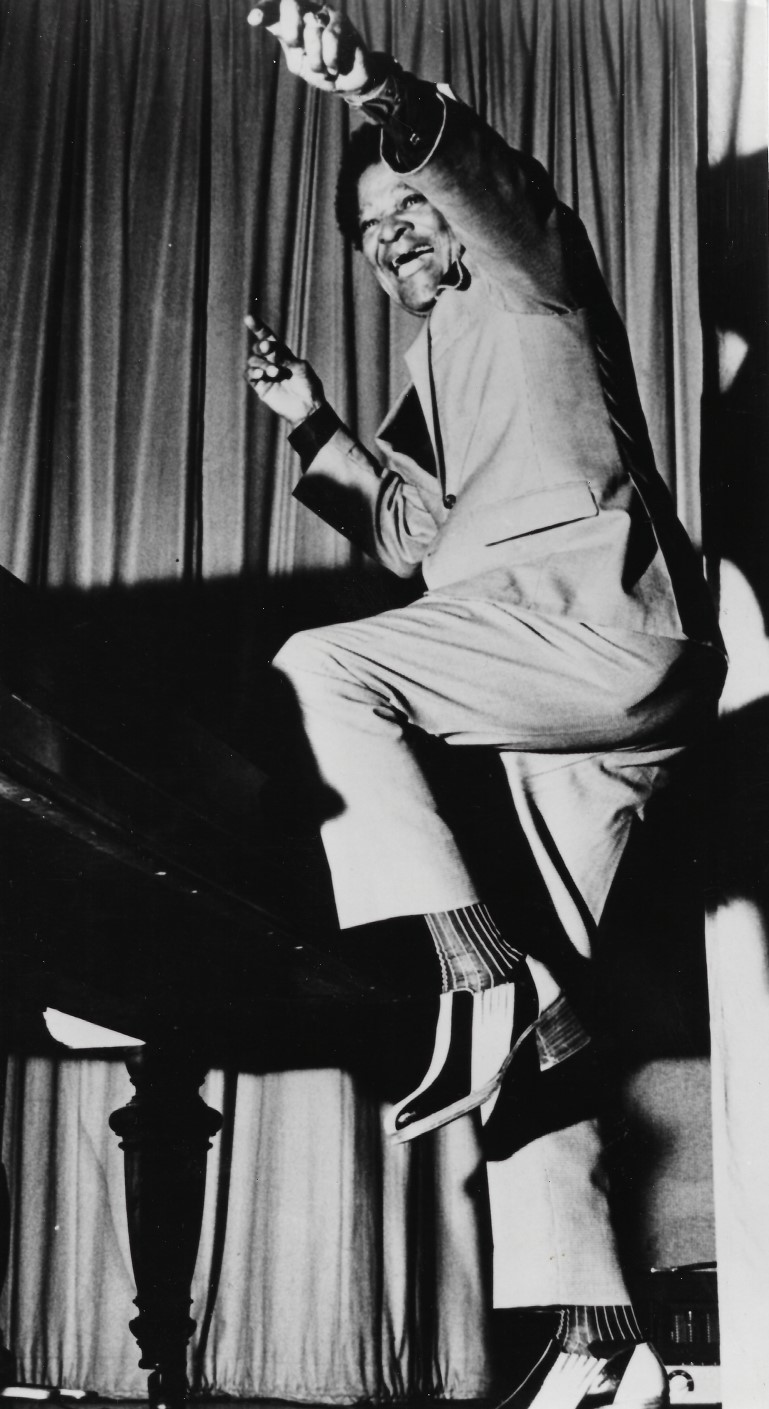 Cousin Joe was indefatigable and an absolute joy to be with. He prided himself on being what he termed ‘The Big Bear Office on the Road’. Because we toured him so often, I couldn’t possibly absent myself from the office for weeks at a time, much as I would have loved to, so we set up a system by which we arranged and prepaid his travel and he would go off on his own for 10 or 12 days and take care of all business himself: paying expenses, getting receipts, picking up cash, the whole tour manager schtick. Hand on heart, I can say that he never failed to balance the books; I believe I could trust that man more than I could myself.

He was also very frugal. He enjoyed a drink, only slightly to excess, but was careful to ensure that it was on someone else’s tab. If an audience member got up to go to the bar during his performance, he would polish off whatever was left in his glass, upend it on his head to show it was empty and, with a ‘best hair tonic in the world’, proffer the glass to the guy. It worked most every time, but he never allowed his liking for a taste to affect his performance.

He would jealously guard his tour earnings, taking most of them back home, intact, and would invariably use the money to buy something tangible. That way he felt he really got a benefit out of every tour. One time, for instance, he bought a new outboard motor for his boat; another he was able to pay for some element of his much loved son Michael’s education. Whenever he mentioned Michael, which was often, he would say, ‘Man, I love that boy’s last week’s dirty drawers.’

Joe was the most immaculately turned out man I ever met. On the road his ‘London fog’ was standard attire, but on stage it was a different matter altogether: suit, hat, shirt and shoes had to be co-ordinated, be it light blue, dark blue, red, green, whatever. He would always go on stage looking pristine: ‘They come to see a show, man, it’s my job to look cool.’ You can’t argue with that.

One summer’s day in 1975 we were sitting in a field, in a bus that had been put in use as a dressing room at the Aalter Jazz Festival in Belgium – and it was pouring down. All of the artists and crew were hunkered down in this none too comfortable bus, waiting for the rain to subside so we could get on with the show. Cousin Joe and I were stretching out on the back seat when suddenly there was a commotion at the front of the bus. Uber-cool bebop vocalist and man about New York jazz Babs Gonzales had boarded – unexpectedly, as he wasn’t booked to appear at the festival, but was freejacking around Europe trying to sell his book, Movin’ on Down De Line. I knew that he had roomed with Cousin Joe in New York in the early 1940s and that Joe had very little time for him. I soon found out why.

As Babs worked his way down the bus, he spotted Joe and hollered, ‘Hey, babe, how you doin’? It’s been too long!’ Joe opened one eye, managed to look disgusted and growled, ‘Where’s my fucking suit?’ Gonzales retreated, well and truly put in his place, for apparently he had stolen one of Joe’s fine suits on the pretext of taking it to the dry-cleaner’s. Joe, shrewd as always, had skipped back mentally some 30 years without a blink. Babs slunk off the bus, without further comment, and disappeared into the rain.