Extracts from Don’t Worry ‘Bout The Bear by Jim & Ron Simpson which reflect on a lifetime of working in what we laughably call the music business. 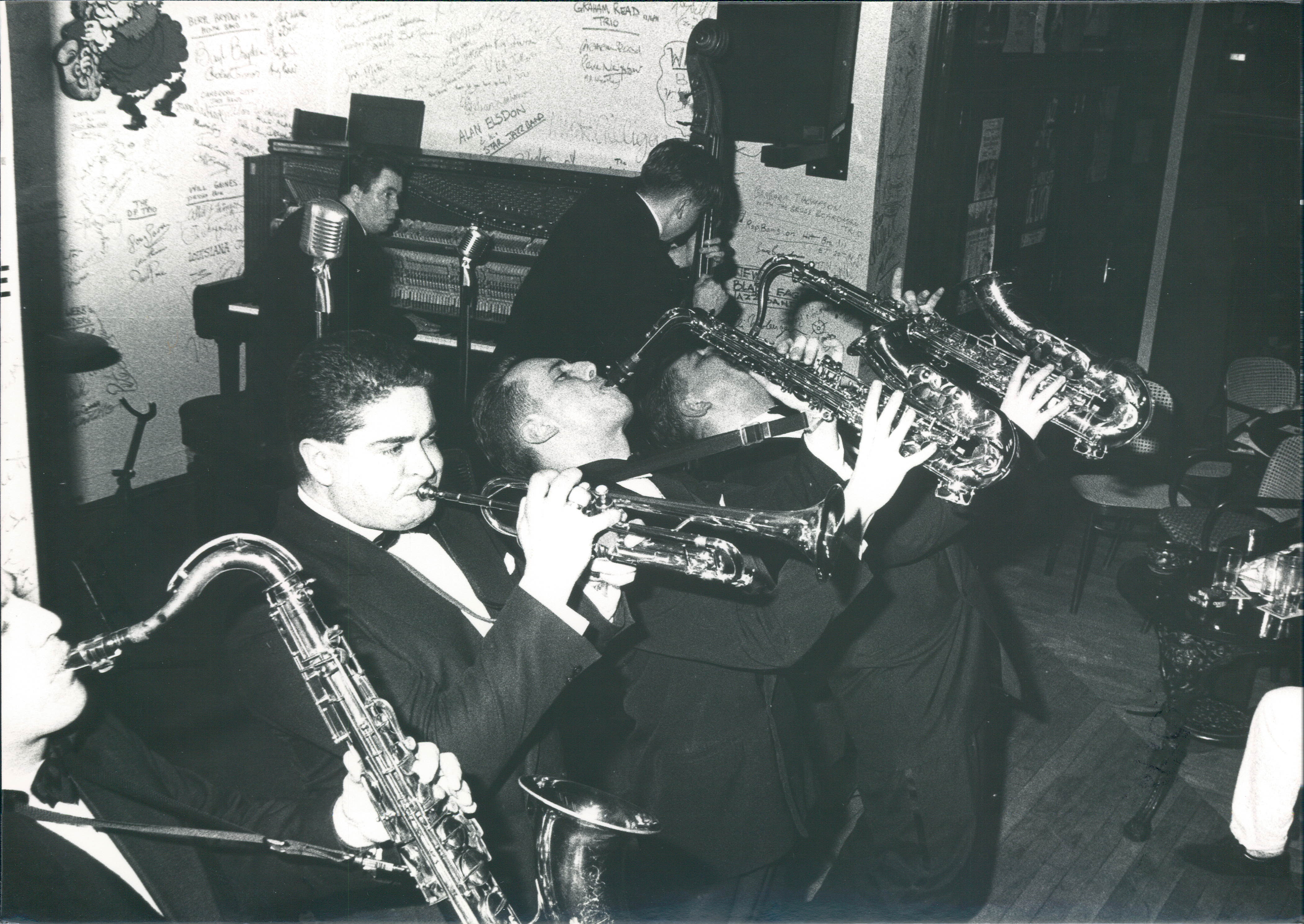 The schedule called for a 5.30am departure [from Nikel in the Soviet Union] for the Biscuit Boys’ party to get us across the border and into Kirkenes Airport in time to check in at 8.00 am for the flight to Oslo which then connected with our onward journey to London. Not feeling too good after the previous night’s excesses, I had yet more reason to curse David Benton [the tour promoter based in Kirkenes, Norway) and his amateurish organisation when we found that, instead of our rustbox of a 50-seater bus, we were to be taken to Kirkenes in what was actually a seven-seater – yes, nine of us, our baggage and instrument cases. It wasn’t possible to complain to the driver as he spoke absolutely no English.

There was no alternative to finding a way to squeeze our already battered selves into the van and, in doing so, I realised that we were a man short, Piano Man Skan. Now I had been aware for some time of the general ill-feeling towards Skan from the rest of the band, but I had no idea how intense it had become until that moment when Mark told me – and I think he meant it reassuringly – that it was OK, I should relax, they had decided to sack Skan and leave him in Russia.

When Skan first joined the band, his playing wasn’t too strong, but he could hold his own musically with a bit of sleight of hand. Furthermore he was a good showman and a decent singer and he looked and behaved as a Biscuit Boy should. The problem was that he didn’t work on his technique, as did the rest of the band, and he began to slip behind until it was felt he was hindering the band’s development. There were personal issues, too, which in such a small community as a band just got worse until constant bickering became the order of the day.

So there was Val, who always tried to stay out of the band’s business, attempting to reason with half a dozen badly hungover rock and roll hooligans, pre-dawn in a forgotten corner of Soviet Russia as the time to our check-in in neighbouring Norway steadily ticked by. Frankly, I did see the merits of making the grand gesture, though I wasn’t sure it was quite fair to take his passport, as Mark had done. I figured that this might get the band into the Rock and Roll Hall of Fame as the most characterful, colourful sacking ever; on the other hand we might get to feeling pretty bad about the whole thing if this passport-less itinerant piano player found himself slammed up in some gulag or other. So, between us, Val and I managed to persuade P. Popps, always too much the nice guy, to go and retrieve the bedraggled and bewildered Skan.

The next – and, in retrospect, predictable – hitch came when we approached the Russian border and our driver refused to go any closer. It slowly dawned on us that he was trying to tell us that he hadn’t the right papers and he could be arrested if he was questioned by a border guard. Accepting the inevitable, and again cursing David Benton, we unloaded the gear and made our way to the border post, where a sleepily uninterested guard did little more than glance at our passports, and then we plodded the mile or so down the road to the Norwegian border.

Which was closed until 8 o’clock.

That scuppered any chance that we ever had of catching our flight and the connection to London. As soon as the border opened, I borrowed their phone and called the hotel in Kirkenes, insisting that they immediately despatch their courtesy bus to the border post to collect our party and take us to the hotel where we could clean up and have breakfast. I convinced the Duty Manager that David Benton, unavoidably detained in Nikel, had authorised this to be put on his bill. It transpired that there were no other connecting flights to London that day, so we overnighted in an Oslo hotel, flights and hotel on my American Express, and flew out to London a day later than expected.