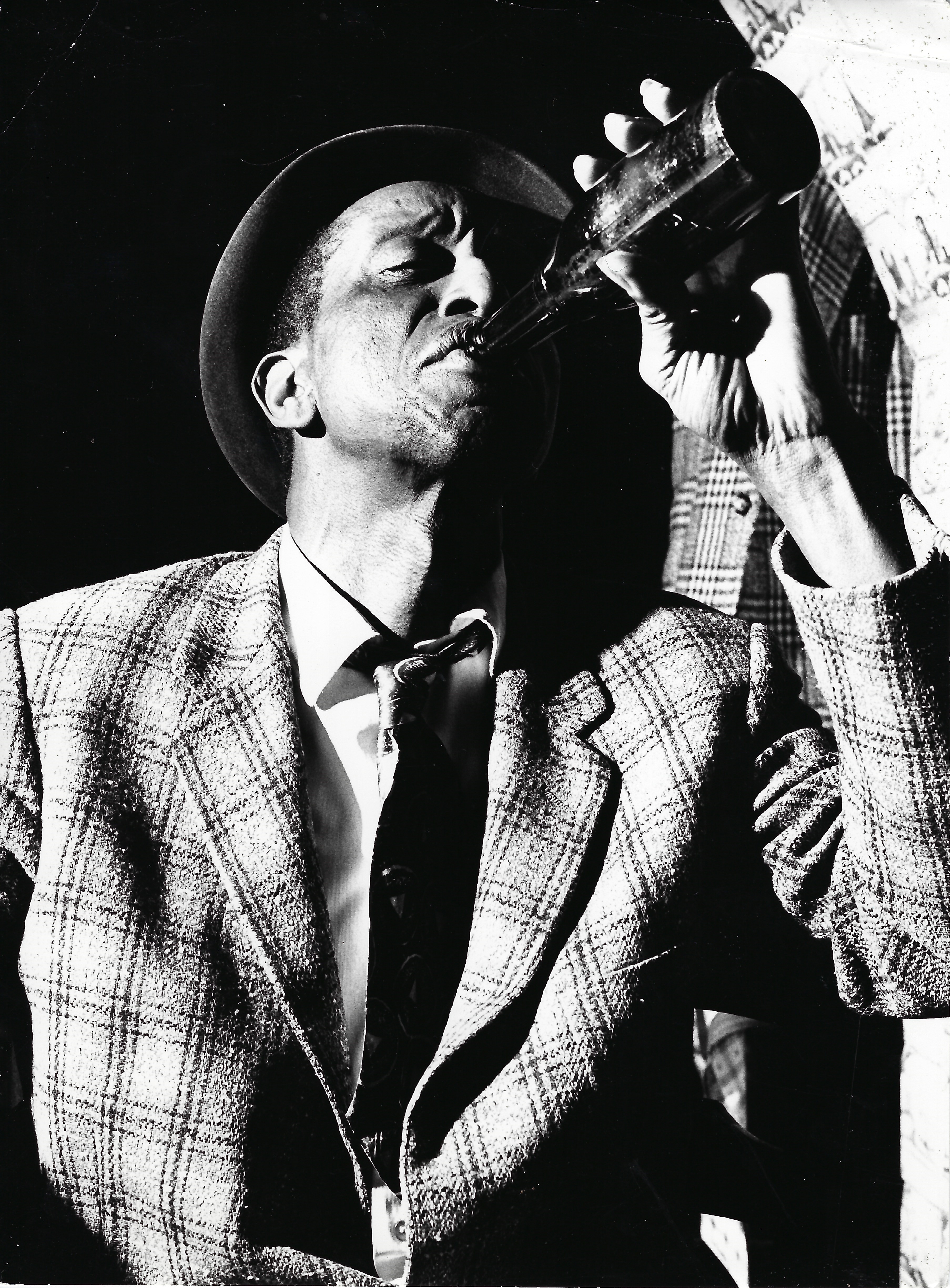 As part of his first Big Bear tour, Doctor Ross was due to feature at the 1972 Montreux Jazz Festival in Switzerland as support to the Muddy Waters Chicago Blues Band which, as far as I was concerned, was as close as anyone could get to blues royalty. We had arranged for the Doc to play two sets, the first solo, the second with a band. Not just any band, but Lafayette Leake, Louis and David Myers and Freddy Below, the Chicago Aces, the famed rhythm section of McKinley Morganfield, aka Muddy Waters. It was all arranged quite casually with Muddy who was charm and generosity personified:

‘You just go ahead, boy, but give the guys a hundred bucks each.’

Of course I told him I must pay a fee for using his musicians.

That was my first encounter with one of the greatest of all bluesmen, and he never forgot my name and was never less than courteous and disarmingly friendly.

That Montreux weekend did not pass without incident. By that time I had only been on the road with Doctor Ross for around ten days and he and I were still feeling each other out, he probably wondering if I could be trusted. As we checked into the Montreux Jazz Festival hotel, the man in front turned away from the reception desk to leave, sort of confronting me. I immediately realised that his face was familiar, so gave him a big grin and an enthusiastic ‘Hi, man.’ ‘Good to see you,’ he replied. ‘Let’s get a beer after the show.’ I noticed Doctor Ross was agape. ‘What’s the matter, Doc?’, I asked. ‘You know T-Bone Walker?’, he asked. It was my turn to gape, but I didn’t let on that I had never before met T-Bone and that he had responded to me only out of politeness. Funnily enough Doc and I were noticeably closer from then on and for years he would introduce me as ‘my record producer – he knows T-Bone.’

It’s good that the passage of time enables me to look back and find humour in things that, at the time, were annoying in the extreme. One – no, several such moments occurred at Montreux that year. There’s no denying that Doctor Ross had a drink problem – or, to be properly accurate, everybody else had a problem with Doctor Ross when he was drinking which was pretty much every waking hour. We had a clear day before we were due to record the evening show, opening for Muddy’s band. So I figured the way forward might just be to persuade him to drink in moderation as, left to his own devices, he would drink himself unconscious by tea-time. I explained in detail how important it was for him to be more or less sober when he hit that stage, not only because it was being recorded and folk would listen to how he played for generations to come, but also the recording was costing me dear and the audience would have travelled a long way and deserved to hear the Doc at this best. Finally I pointed out – and this clearly resonated with him – that Muddy Waters would see him at work and we surely didn’t want any embarrassment in front of the Great Man himself.

So we made an agreement and formally shook hands. I was to supply a bottle of whisky for the Doc to sip at gently throughout the day, he would be bright-eyed and on the ball for the show, then we would hang out with Muddy and the guys and he could drink as much as he wanted. The day seemed to start well enough, with me putting chinagraph marks on the bottle to monitor his consumption, but by mid-afternoon he was getting wild, playing harmonica on our room’s balcony to passers-by who were gathering four floors down to enjoy the show. However, the bottle was still 80 per cent full, so probably it was my paranoia.

By tea-time he was clearly in his cups, manic and shouting. I was annoyed and confused: clearly something had gone wrong, so I pulled him in from the balcony, ordered black coffee from room service and told him to get into the shower and not leave until he was sober. With that, I threw myself down on his bed to wait and felt a lump under his pillow. It was a near-empty litre bottle of whisky, the obvious source of Doc’s increasing good humour.

He didn’t seem bad when we got to the Casino, although he did insist on cheerily introducing himself to all he encountered. I explained to him how important it was to keep speech to a minimum and to concentrate on giving a great performance. I left him, with just one tot of whisky at hand, ready to go on stage, while I dashed up to the recording control room, situated high at the back of the theatre. When Festival Director Claude Nobs finished his introduction with, ‘And now, Monsieur le Docteur, Doctor Ross,’ and the place erupted in greeting Doc, I was ready to press Record and get under way. However, Doctor Ross was not. Clearly moved by his reception, he started at one side of the stage and worked his way round, shaking the hand of everyone in the front row of the massive theatre, all the time calling, ‘Yes, yes, yes, here’s the Doctor come to heal all your sickness!’ and ‘I can’t lose with the stuff I use!’.

Now the tape was 2-inch Ampex and I was running it at 15 inches per second to get the highest quality recording, and that tape was not cheap! ‘Record,’ I would call to the engineer, then a few minutes later, ‘Stop. Rewind’, every time the Doc looked as if he was going to start the set. I don’t know how many times we went back over the tape, but, from the safety back-up tape, I know that it was 22 minutes from Claude’s introduction to the start of the Doctor Ross performance. The second set, with Muddy Waters’ rhythm section, looked destined to descend into chaos, with the Doc now at his wildest, until guitarist Louis Myers took charge and ensured that we had a memorable set to record.