Chickenbone John has been making and playing cigar box guitars for more than a decade. Having spent his youth in a punk band, his interest in music lapsed until he became fascinated by the sort of primitive guitars that the likes of BB King began on. From that he has built a huge reputation as “The Godfather of the Cigar Box Guitar”, organising workshops and concerts, being featured on a BBC documentary and selling his three-string guitars worldwide 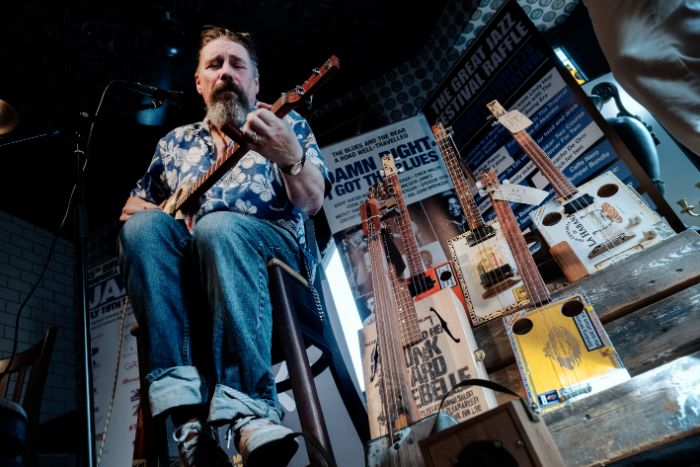