Spats Langham, singer, guitarist, banjo player, all-round entertainer and repository of old songs both lewd and lovely, is joined by multi-instrumentalists Danny Blyth and Malcolm Sked in Hot Fingers. Neatly described as ‘vintage acoustic string music’, Hot Fingers’ brand of musical entertainment is ageless, if hardly new. Generally one of the busiest live groups around, Hot Fingers have pretty much taken an unwelcome sabbatical in the last year, but in recent years have worked on a show describing the origin and history of acoustic blues and a project called The Banned Plays On. This led to a CD of tunes that were banned in the 1920s and 1930s, some because they were a bit risqué such as Masculine Women, Feminine Men, some for political reasons (Brother, Can You Spare a Dime?), some because of racial discrimination (Hot Fingers) and some with drug references (Willie the Weeper). 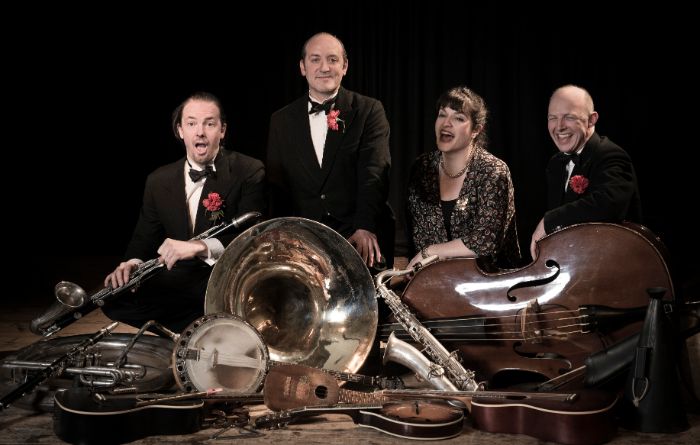